Included below are homes for sale in Cape Coral. If you would like more information on any of these Cape Coral real estate listings, just click the "Request More Information" button when viewing the details of that property. We can provide you with disclosures, past sales history, dates and prices of homes recently sold nearby, and more. Read on below the listings to learn more about Cape Coral Florida.

And, if you haven't already, be sure to register for a free account so that you can receive email alerts whenever new Cape Coral listings come on the market. 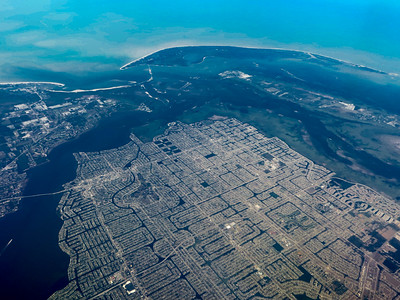 Did you know that Cape Coral Florida has been ranked #17 as the best city to retire in America? Regardless of whether you are retiring or not, Cape Coral makes a pretty darn wonderful place to call home. It is excellent schools, low crime, it's great for families, excellent for diversity, and offers affordable housing options.

Cape Coral is home to about 178,000 residents and was originally founded in 1957 and developed as a master-planned community. It grew exponentially and was touted as one of the largest cities between Tampa and Miami. It is the principal city of the Cape Coral and Fort Myers Metro area and home to a total population of over 680,000 in the Metro area alone. The city has over 400 miles of navigable waterways, which is quite a feat from its late start in life.

Likely said, Cape Coral has been around forever. It only began back in 1957 when two brothers from Baltimore Maryland flew over Redfish Point Peninsula and decided to build their real estate development with a small group of partners. It was originally called Redfish Point and began development as a master-planned, pre-planned community.

Development continued throughout the 1960s and eventually, the city was incorporated in 1970 as Cape Coral. It's been named in Forbes magazine as #9 of the 25 best places to retire and #1 of America's fastest-growing cities in 2017. The city has over 400 miles of canals navigable by boat and most have access to the Gulf of Mexico. The canal system is so extensive the local ecology and tides have been affected.

Cape Coral is part of the Lee County school district featuring eight elementary schools, six middle schools, and five high schools. There is five public high schools and one private school as well as a municipal charter system featuring two elementary schools, one middle school, and one high school. There are several secondary education and university schools throughout Cape Coral and it is home to one of Florida's youngest state universities, the Florida Gulf Coast University opened in 1997. 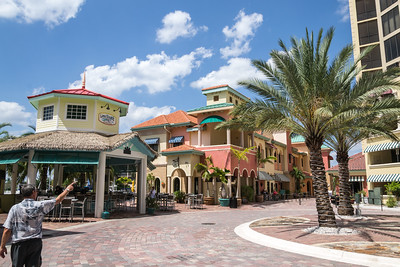 Things to do in Cape Coral

Whether you live here or you're visiting from a neighboring community, there is always something to do and experience in Cape Coral. From the Splash Water Park to the Cities Pristine Beaches and Golf Courses, You'll Find Outdoor Activities, Museums and Studios, and Some of the Best Food in Southwest Florida.

If you like seafood, you are in the right place. We have some of the best lobster and seafood joints in the country including Lobster Lady Seafood Market located at 1715 Cape Coral Pkwy. This has consistently been rated one of the areas best seafood restaurants with a phenomenal happy hour menu, seafood market, and daily specials such as mussels Monday, snow crab Tuesday and wine Wednesday. If you're looking for some phenomenal seafood, you can't miss this local hotspot.

Cape Coral is also known for its local flora and fauna seen at Rotary Park, the West Indian manatees at Sirenia Vista Park, and we have the largest population of burrowing owls in the state. Browse the boardwalk at Lake Kennedy and taken the local sites and tropical foliage. Cape Coral has over 30 recreational parks, which include playgrounds, fields, pavilions, and walking paths. There are seven golf courses, shooting range, and putting grounds and of course, our sandy beaches and fishing piers at the Caloosahatchee River are some of the best in the state.

It's important to note that several of the roads surrounding Cape Coral are toll roads so if you're planning to move here, this could have an impact on where you choose to live. Being from this area, we can offer tips and suggestions on commute routes and where the best place to live in Cape Coral could be for you.

If Cape Coral sounds like your cup of tea, browse all available listings above or simply contact our office below to schedule a showing, get details on virtual tours, or any information on Cape Coral real estate and homes for sale. From waterfront properties to beachfront estates, you'll find it in Cape Coral.