Included below are homes for sale in Estero. If you would like more information on any of these Estero real estate listings, just click the "Request More Information" button when viewing the details of that property. We can provide you with disclosures, past sales history, dates and prices of homes recently sold nearby, and more. ﻿Read on below the listings to learn more about Estero Florida

And, if you haven't already, be sure to register for a free account so that you can receive email alerts whenever new Estero listings come on the market. 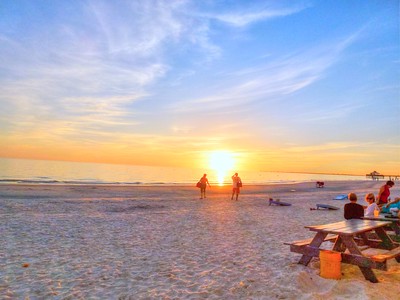 Estero Florida is a small village in Lee County and home to about 35,000 residents. It's part of the larger Cape Coral-Fort Myers Metro area. It was originally incorporated as a village and has a unique history of Estero that goes something like this: Estero was established and incorporated by followers of Cyrus Teed, who proposed the theory that people live on the inside of the Earth's outer skin and that Celestia bodies are all contained inside the hollow earth. This drew many of his followers to purchase a 320-acre tract of land way back in 1894. This small community prospered enough to create their own political party called the Progressive Liberty Party.  They incorporated the town as Estero in 1904 but after the death of their leader in 1908, the following diminished but a foundation remains today as a remnant of past history and is known as the College of Life Foundation, which actually contributes to local playhouses and events today. The original tract of land is now known as the Koreshan State Historic Site and the 'village' of Estero was reincorporated in 2014.

But, with all of its interesting history, what is it actually like to live in Estero Florida today? Did you know that Estero has been rated as #5 of the best places to raise a family in the county? It has excellent schools, a lot of restaurants and shopping, parks and playgrounds and makes a wonderful place to call home. The median home value is about $330,000 and 85% of residents in Estero actually own their own homes.

Estero Florida has been rated as #1 of the most popular city for the holidays and #8 of the best cities for teleworking for small metro areas. This little slice of paradise in Southwest Florida offers average highs in the upper 70s, abundant sunshine, and morning lows in the upper 50s. Sandwiched between Naples and Fort Myers, this citrus community offers a relaxing destination with beautiful beaches and the Mound Key Archaeological State Park. These ancient shell mounds rising 30 feet above the water transform the landscape of Estero Bay. Mounds made of bones, shells, and pottery pieces believed to be the ceremonial site of the Calusa Indians and is now accessed only by boat.

Estero is part of the Lee County school district and most of the schools are rated above average. There's a 15.8 student to teacher ratio. Some of the best-ranking schools include Pinewoods Elementary, Three Oaks Elementary, Cypress Middle School, and Allen Park Elementary School.

Coconut Point is one of the largest shopping centers in the area. This picturesque outdoor mall has over 140 stores including your favorites like Target and Dillards as well as boutiques, specialty retail shops and restaurants all surrounding several acres of lakes with the boardwalk to each store. Many folks say if you can't find it here you can't find it anywhere. Many folks say this is a must-stop when either staying or passing through Estero as it offers delicious restaurants, movie theater, and great stores. 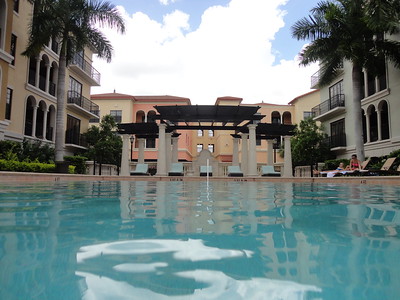 Home prices in Estero are fairly affordable with an average home price of about $293,000. The median list price is about $330,000 with a median sold home price of $275,000. There are approximately 500 to 800 homes for sale at about 200 homes for rent at any given time. From condominiums and townhouses to bayfront estates and luxury homes, you'll find just exactly what you're looking for in the Estero real estate market. For more information on homes for sale in Estero Florida contact us below or simply browse available listings, schedule a showing, or let us know if you'd like more details on any active listing in Estero.